6 signs “He’s just not that into you” 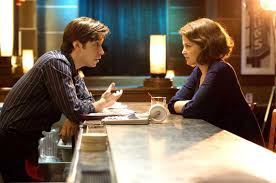 “He’s just not that into you,” is the phrase nobody wants to hear, but in a confusing world of dating, having some clarity can save you time and a possible heartache. So read the list and find out if he’s into you or not.

No matter what guys say about wanting a girlfriend they can “chill with,” when a man likes a woman he likes, he will treat her like a lady.

2. He doesn’t introduce you to his friends

If you have been “dating” for over a month or two, and he still hasn’t intentionally shown you to his friends, you are NOT his girlfriend. End of story.

3. He rarely calls or texts you first

Sure, some men are extremely shy and have a difficult time initiating a conversation, but that’s why texts exist. When a guy wants to talk to you — unless he is dead — he will find a way to reach out to you first. It is not enough for the man to just reply to you; a man in love will pick up that phone.

4. He’s only available on weekend nights or past midnight

Does he become super interested in what you’re doing on a late Saturday night? Usually after midnight or 1 AM? Does he really want you to come over during the late hours? Only during these times? You guys are not dating.

When a man pursues a woman, he will make time. Even when things get tough, even if it’s for a 30 minute date, he will want to come see you. If you have to chase him down, lock down a date/time, talk him into going somewhere with you, he is not that into you!

Tired of wasting your time with “that guy”? Find the right one at Single to Mingle now!

Believe in Destiny – Single to Mingle

Men reveal their pet peeves on first dates Think men are simple creatures? Think ag...
What does LOVE taste like?
Men share what makes them say YES to a gal What makes men say yes to that first dat...
Common fears of dating app addressed Many eligible men and women who are sing...
For women: 5 Instagram accounts to follow for your next date... Downloaded Single to Mingle and ready to...
How to survive Valentine’s Day as a single lady Valentine's Day is almost here! Are you ...